Once you have entirely given in to chicken math and have more than about three hens, learning a few basic chicken terms will help you when “talking chicken” with your human friends.

You do still have human friends, right? Good, just checking. I’ve chosen some less common chicken terms in this list so you can sound smart to them. 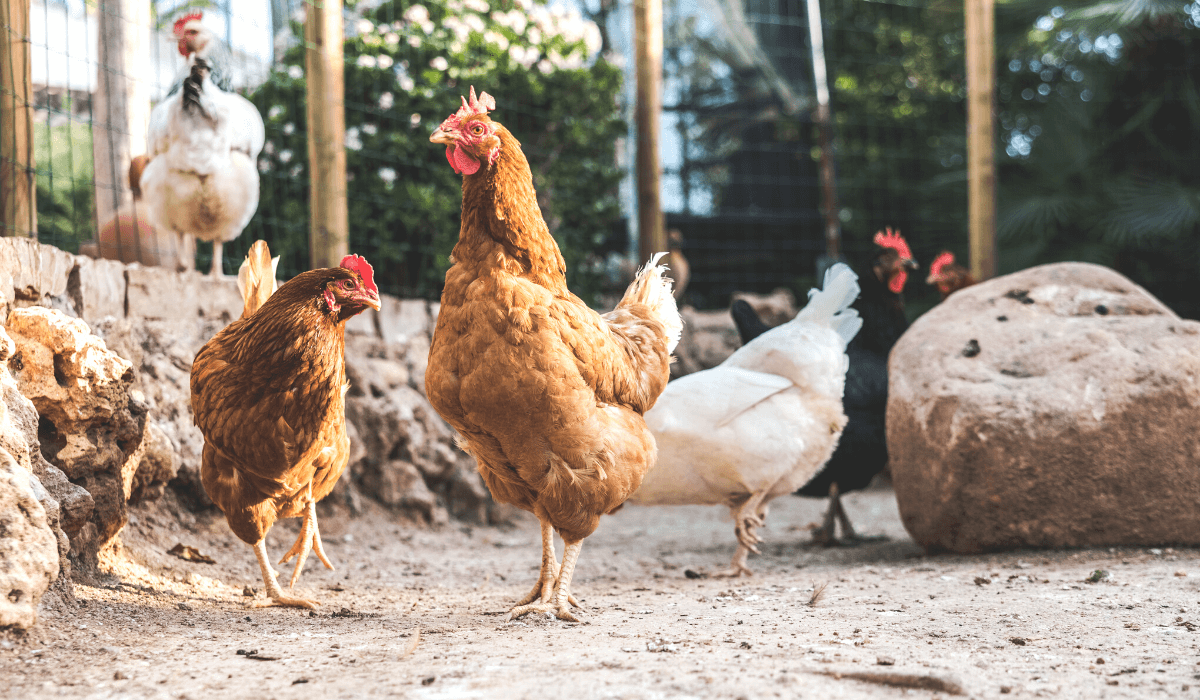 Avian: anything relating to birds

Billing out: using the beak to scoop feed out of the feeder and onto the floor

Cloaca: chamber just inside the vent where the digestive and reproductive tracts come together

Down: fluff covering a newly hatched chick; also, the fluffy part near the bottom of any feather

Egg tooth: a tiny hard covering over the tip of a new chick’s beak that is a tool for helping the chick break the eggshell

Frizzle: feathers that curl instead of lying flat and smooth. Also, a breed of chicken.

Gizzard: Organ for grinding up the grain and plant fiber a chicken eats.

Hackles: The pointed feathers around a rooster’s neck. The corresponding feathers on a hen are called the cape and are rounded.

Incubation period: the time it takes for an egg to hatch. 21 days in chickens

Keel: the breastbone in birds

Litter: the straw, pine shavings, sand, or other material that is scattered on the coop, run, or brooder floor to absorb moisture

Muff: feathers sticking out from both sides of the face of such breeds as Ameraucana and Faverolle

Nest egg: wooden or plastic egg placed in a nest to encourage hens to lay there. Golf balls can also work well.

Oviduct: part of a hen’s reproductive tract; a tube through which an egg travels when it is nearly completed and ready to be laid. The oviduct empties into the cloaca.

Pip: the hole that a hatchling chick makes while beginning the hatching process. Also, the act of making that hole. “The chick has pipped the shell”.

Quarantine: keeping newly-acquired birds isolated from the rest of the flock for a specific period to observe for signs of illness and treat any parasite infestations. An important biosecurity policy to protect your chickens.

Ration: feed or diet consumed by a chicken, usually refers to the feed provided and not what the chicken finds on its own.

Trachea: windpipe, it’s where you will find gapeworms if your chicken has them

Variety: a subdivision of a breed based on feather color, leg feathering, pattern, etc. For example, the Cochin has several color varieties within the breed.

Wry tail: when a chicken’s tail vertebrae are twisted to either side or vertically when compared to the midline of the body

Xanthophylls: yellow plant pigments from grains and grass that provides pigment to a chicken’s skin, shanks, and the yellow color of egg yolks

Yolk sac: the membrane that surrounds the yolk in the incubating egg

Zoonosis: a disease transmissible from an animal to a human