The Cayuga duck is perhaps one of the most often overlooked yet most strikingly beautiful duck breeds commonly available. At a glance, they are basic black. But when seen in just the right sunlight, their iridescent beetle-green sheen is on full display. 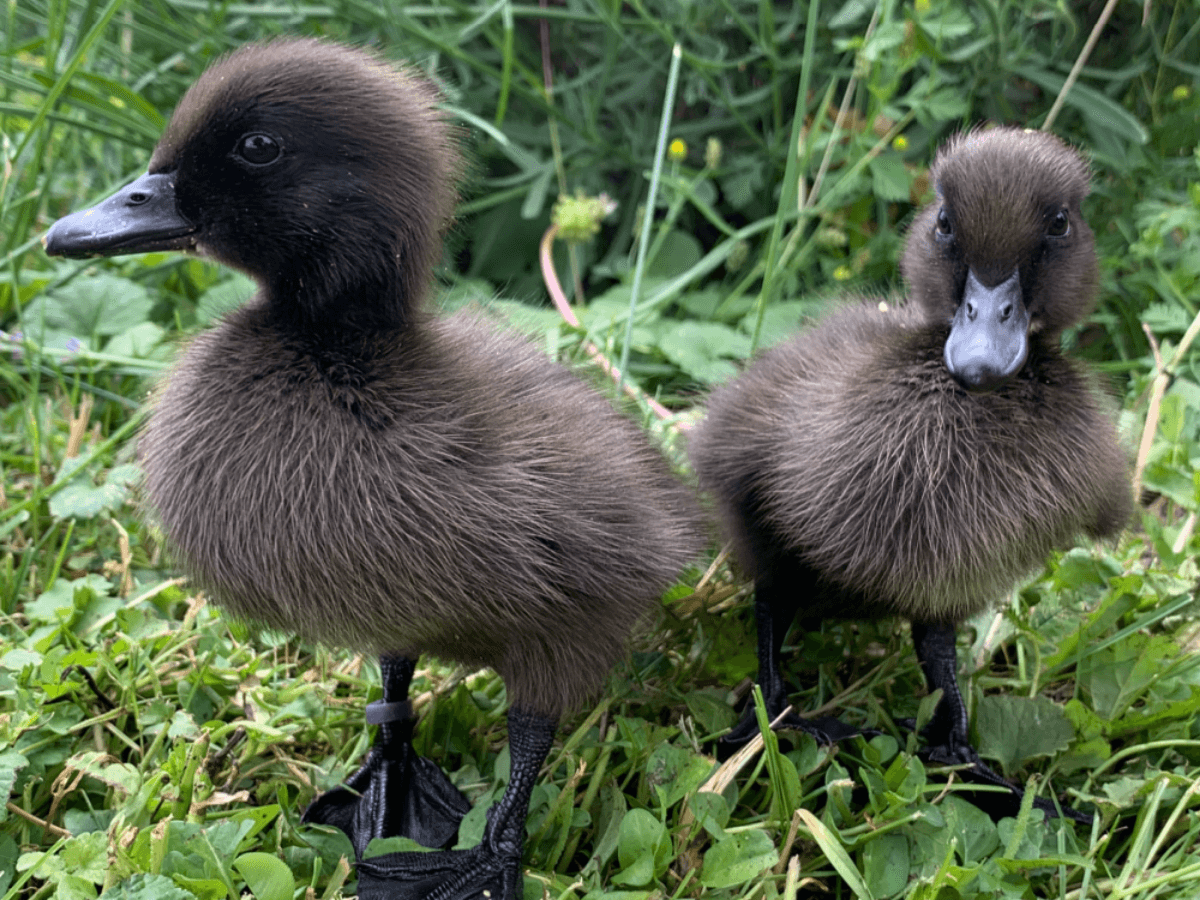 The origin of the Cayuga duck breed is a mystery. The most popular story on how the Cayuga breed came about comes from New York. A small population of wild black ducks was found in Cayuga county. The locals domesticated some of these wild ducks and over time, developed them into what is now known as the Cayuga breed. There are also stories of the Cayuga breed being developed in Britain in the 1860s by crossing the smaller East Indie duck with a larger breed such as a Rouen to develop the Cayuga. There’s no way to prove which origin story is correct and perhaps it’s a case of “a little of both” is correct. 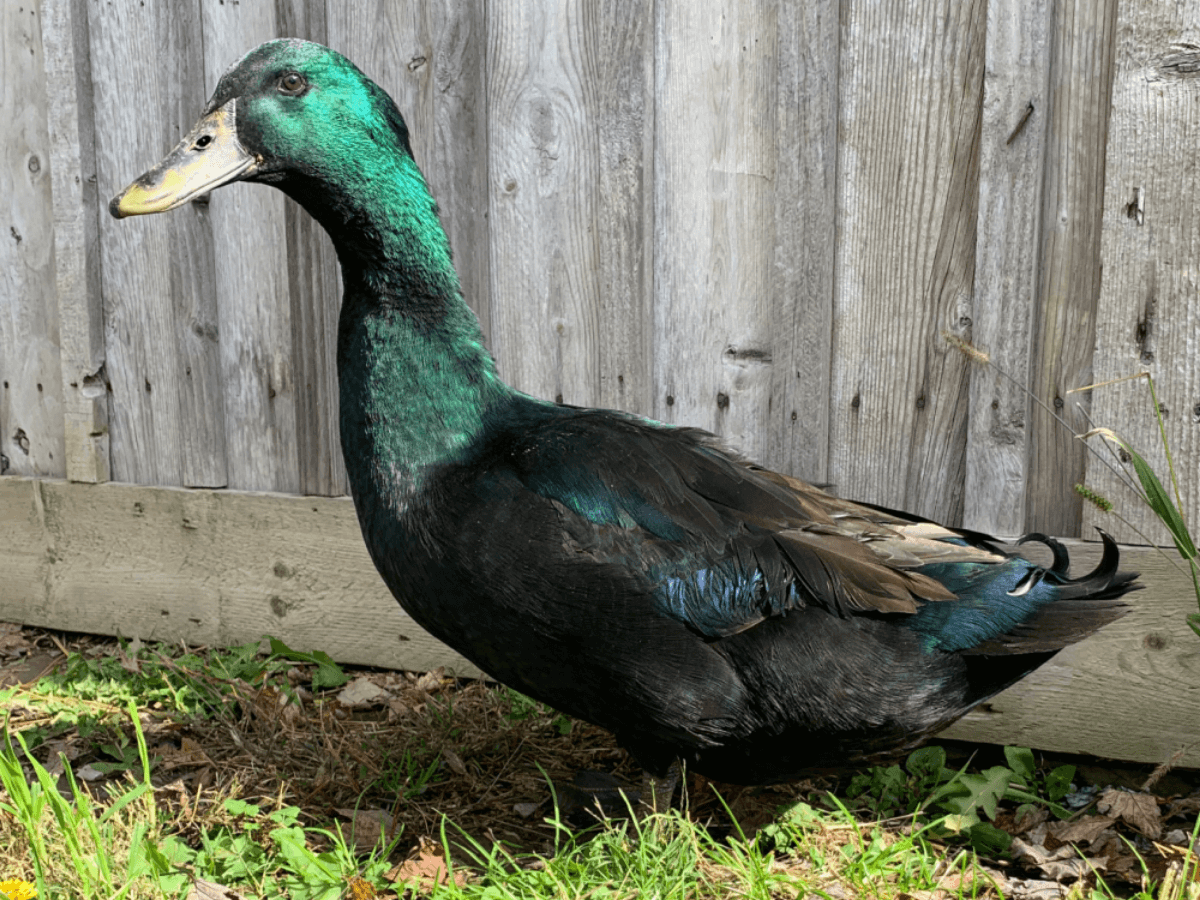 The Cayuga duck is classified as a medium duck breed by the American Poultry Association, maturing at around 5 to 6 pounds. Ducks mature at around 6 months of age when the male drakes will have a small, curled drake feather appear at the base of the tail. This drake feather is the most reliable way to tell males from females when mature, although the sounds of each gender’s voice is also a distinguishing feature, but less reliable.

Both males and females will have jet black plumage, black feet, legs, and bills. As the females mature and molt each summer, they will begin to develop white feathers among their black feathers, which is completely normal. Don’t selectively breed against the white feathers, it is responsible for the beetle-green sheen among the black. Removing the white females from a breeding flock will over time produce brown-black ducks instead of jet-black iridescent.

Also as both genders age, the bills, feet, and legs may become olive green instead of black. 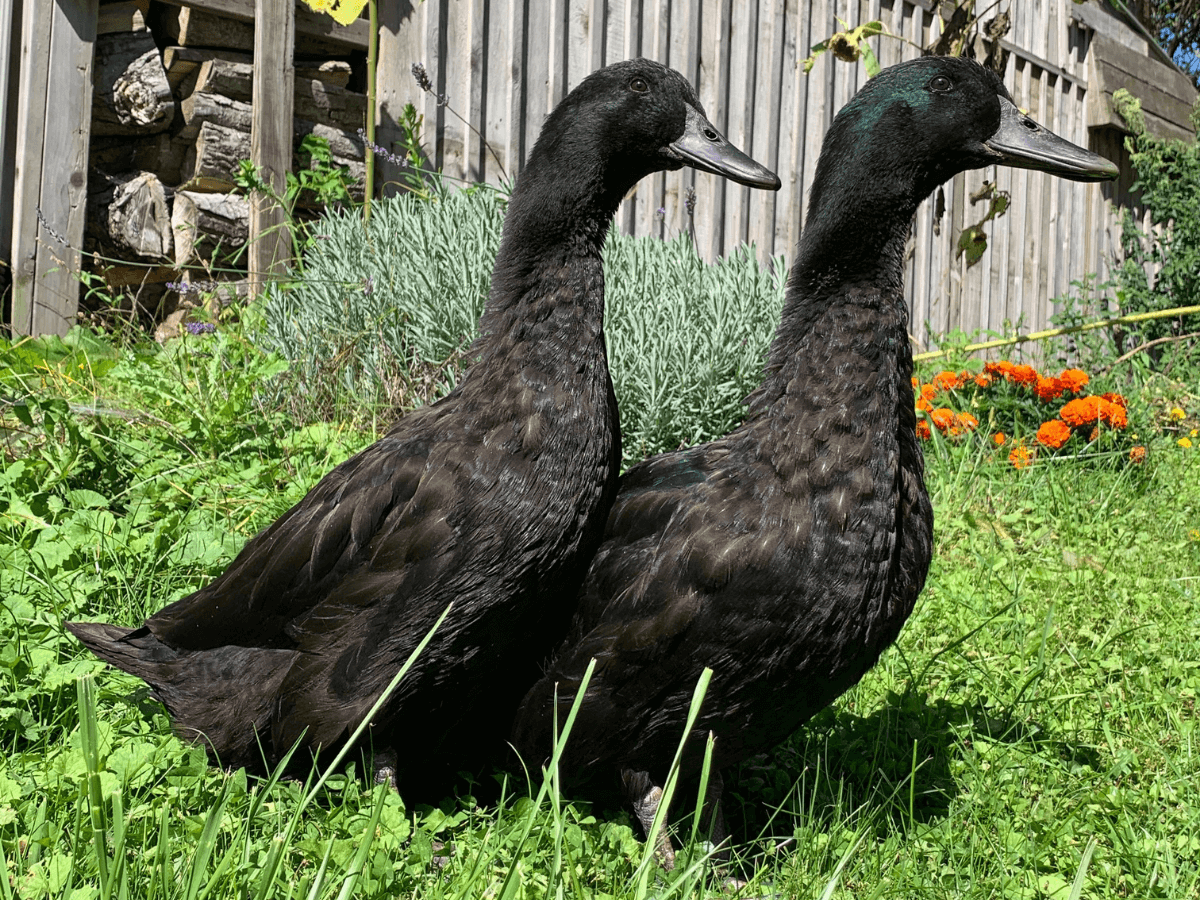 The Cayuga duck is quiet and friendly. They adapt easily to being kept in a coop and run setup as long as they are allowed enough run space for the number of adults kept. They can also thrive in a free-range setup, but be aware of predator issues if allowed to free-range. Cayuga ducks are generally decent mothers, but not as likely to go broody and hatch for you as compared to some other duck breeds.

Consider keeping this beautiful breed in your waterfowl flock for a quiet duck that has lots of personality.