In the world of chicken-keeping, it is no surprise to learn that those who keep chickens for egg-laying purposes value the female chicks over the male chicks. The desire to have as many female chicks as possible is so great that specific breeds of chickens have been bred that enables the flock owner or hatchery to determine the gender of day-old chicks more easily.  Breeds that are either auto-sexing or sex-linked hybrids produce chicks that are slightly different colors between the genders at hatch. Let’s discuss the difference between auto-sexing and sex-linked breeds.
Auto-sexing breeds are those that have been developed over time to produce the desired sexing identification traits. This is done through careful selection of the foundation stock and the resulting chicks.  Methodically crossing back the offspring and observing the results of those generations eventually produces a purebred chicken that gives male and female chicks a different color or pattern that is noticeable at hatch.

The Cream Legbar is our most notable auto-sexing breed, which produces males that have a slight barring pattern and females that have “chipmunk striping” on their backs. Although not considered true auto-sexing breeds, the Barred Rock and Dominique breeds also have traits that make it easier to tell males from females. Females have a small white or off-white, well-defined spot on the top of their heads. Males may have a small, diffuse spot on their heads and can also have a lighter, silvery appearance overall. It is important to note that there are still chicks that may not clearly demonstrate either pattern or may show some of both patterns. Those chicks are still obviously one gender or the other, but chicks without clear auto-sexing traits at hatch would not be the best choice for breeding stock.
Sex-linked hybrids are developed by crossing two different purebred chickens with each other to produce chicks that follow certain color patterns at hatch, and result in helping to identify the gender. The Golden Buff is one of the sex-linked breeds that Meyer Hatchery offers. Our Golden Buff chicks have females that are a golden color, while the males are lighter to almost off-white in color. 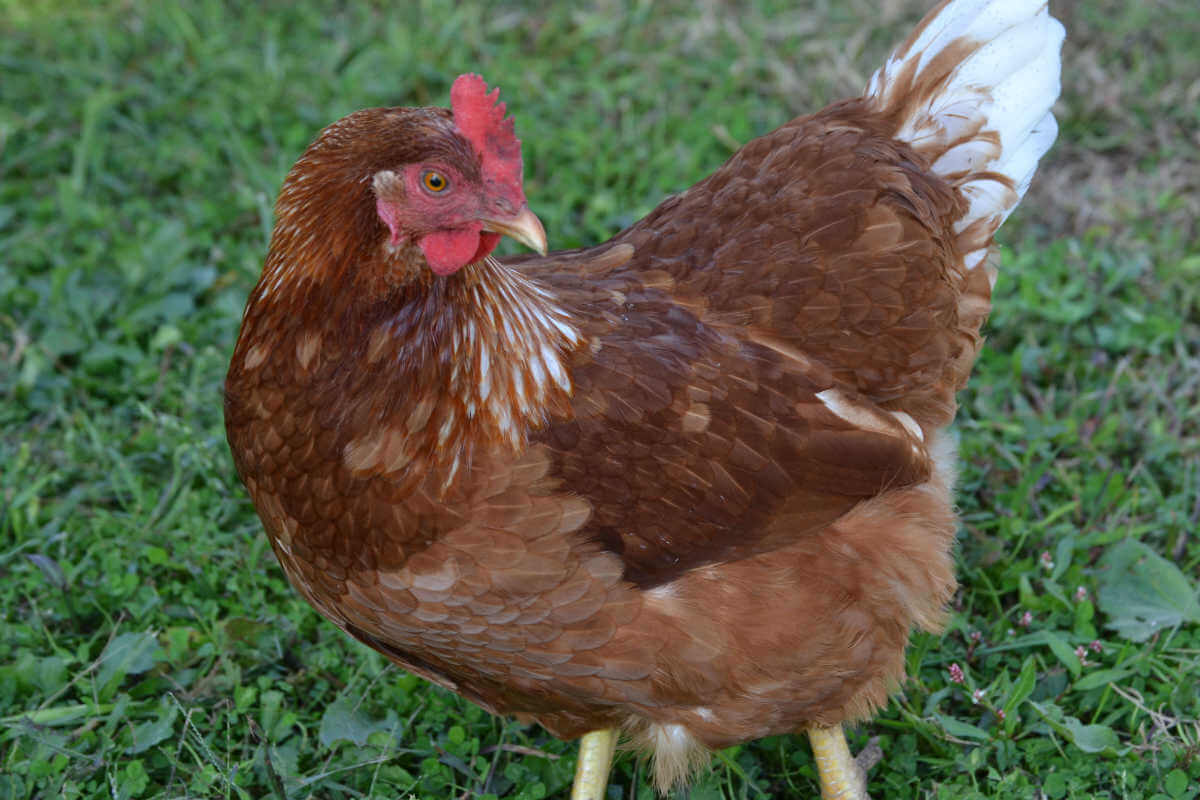 We hope this helps you better understand the difference between auto-sexing breeds and the sex-linked hybrids. Remember to get your chick orders in early in the season for the best selection of our over 70 different poultry breeds! As always, we’re here to answer your questions by chat, email or phone.