Why Some Blue Feathered Chicken Breeds May Not Always Look Blue

One of the most enjoyable things about keeping chickens is the vast range of different colors and patterns that the chicken breeds can display, allowing us all to have a beautiful flock. But in a few breeds, the chick you receive in your flock may grow up to not resemble the breed’s photo on our website. Here’s an explanation of why the blue chicken breeds will also have black and splash chicks as possible color variations you may receive.

Genotype is the term referring to the genetic makeup of any organism. Mendel’s law of inheritance states that for any genetic trait, each chick receives a gene from each parent. The blue coloring is made from two different genes, black (BB) and splash (bb). By “mixing” these two colors, we are able to achieve blue chicks. If we breed a black (BB) parent to a splash (bb) parent, 100% of the chicks should come out blue (Bb). The chick receives a gene from each parent, a dominant black (B) and a recessive splash (b), which genetically is a blue chick. 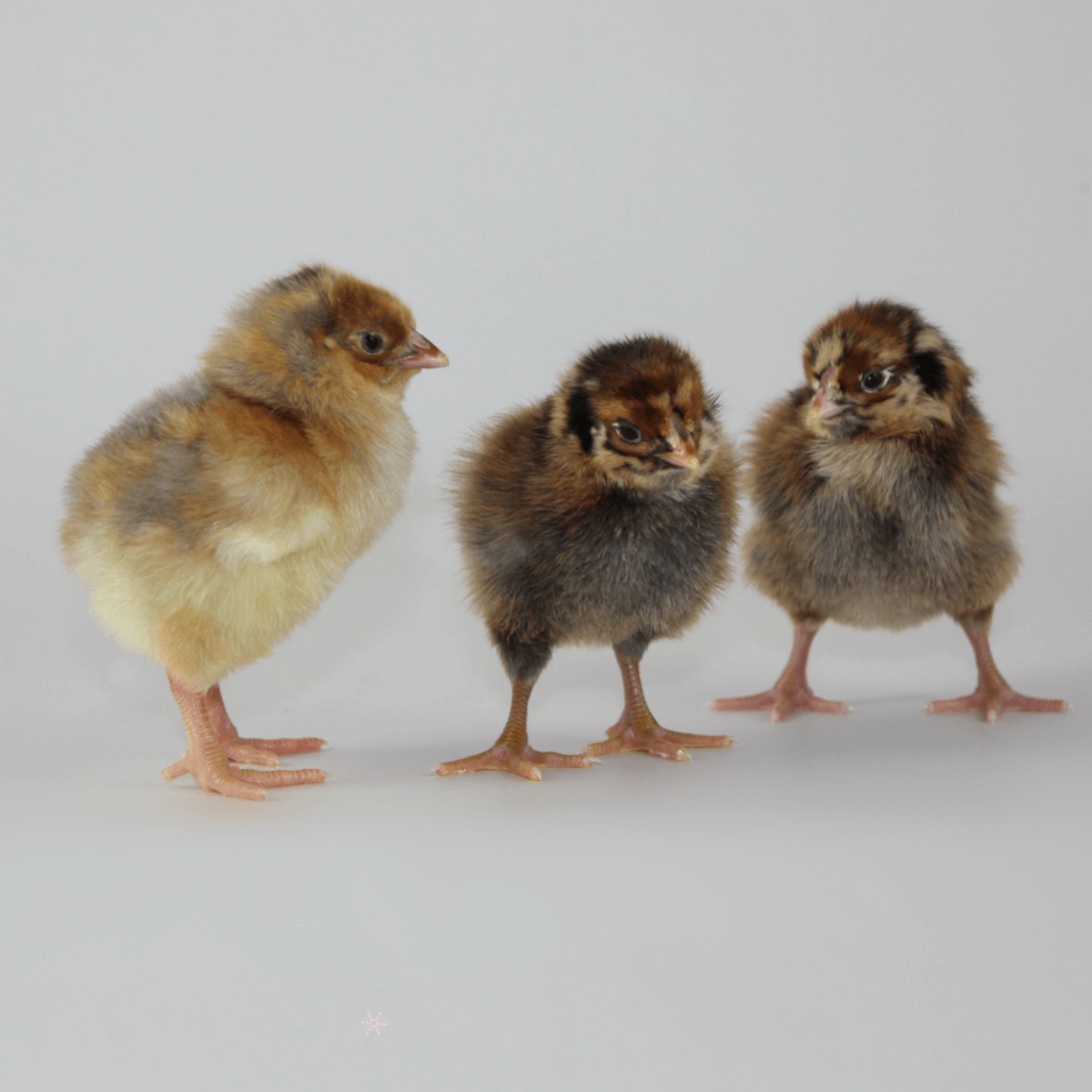 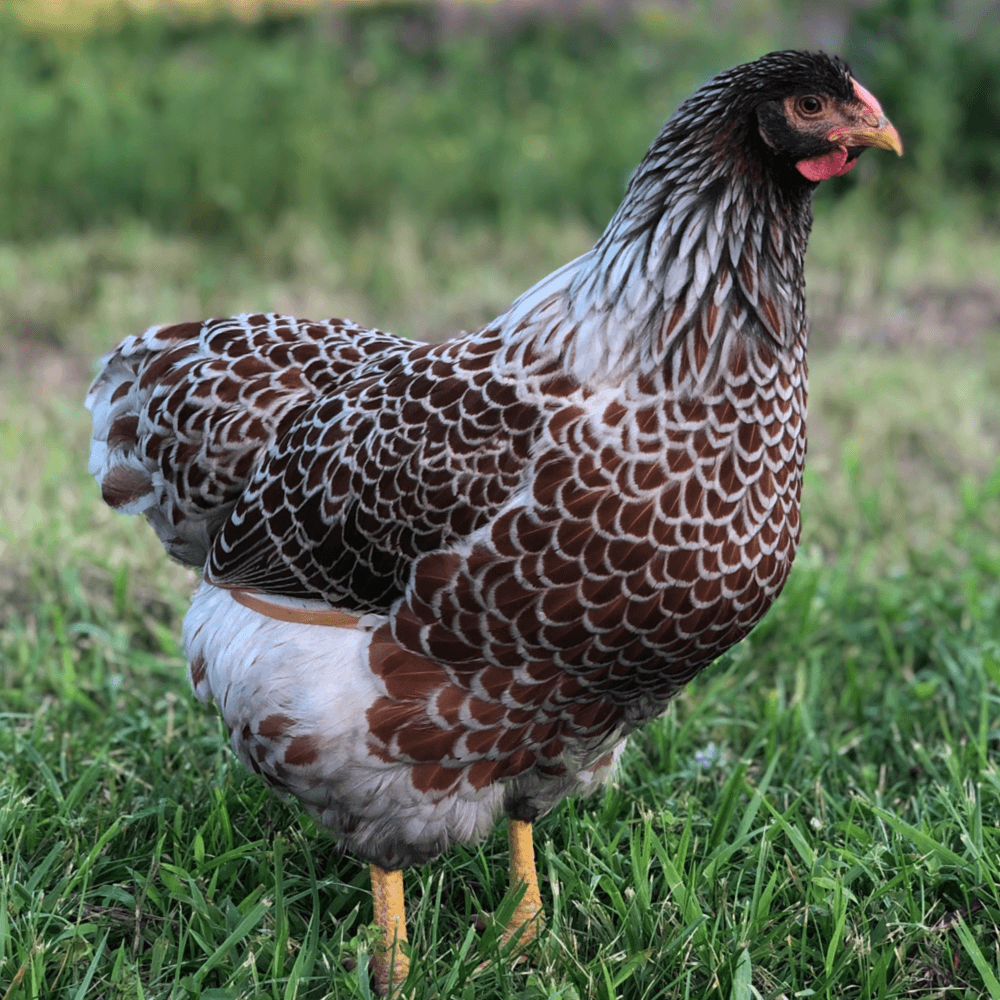 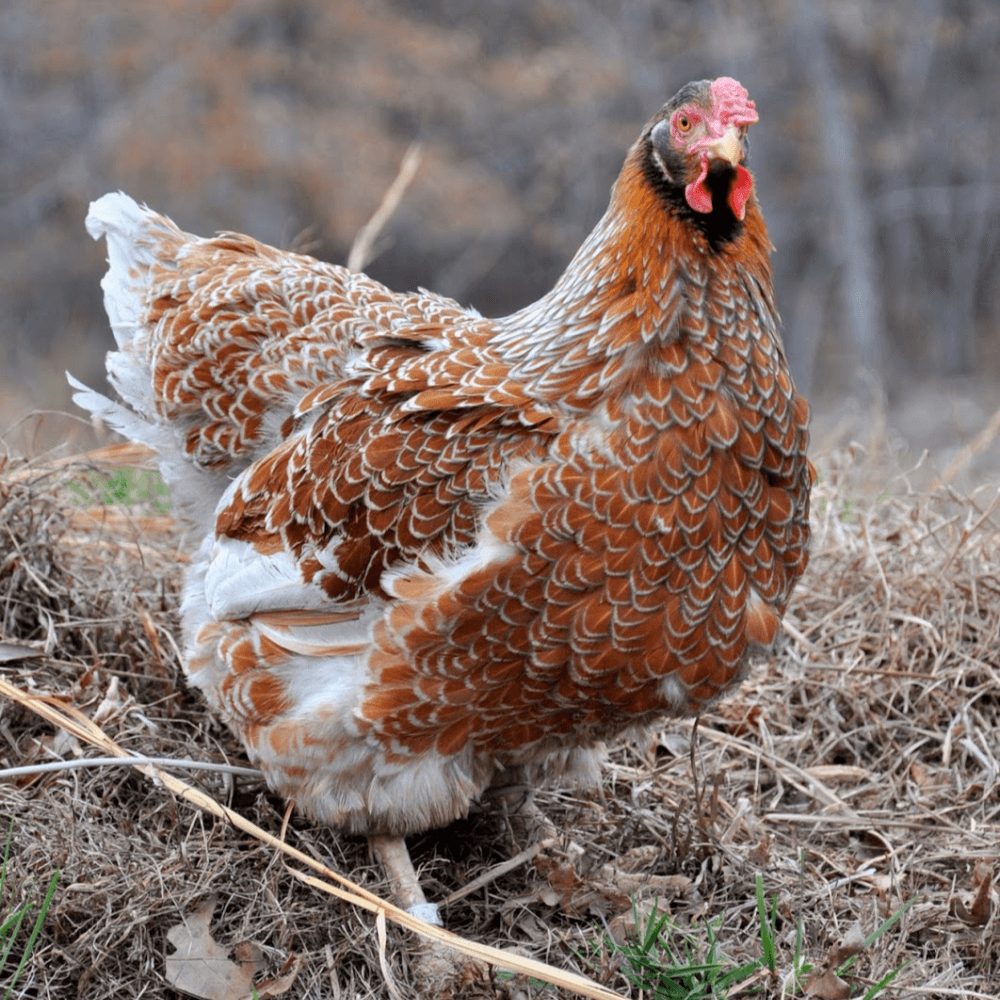 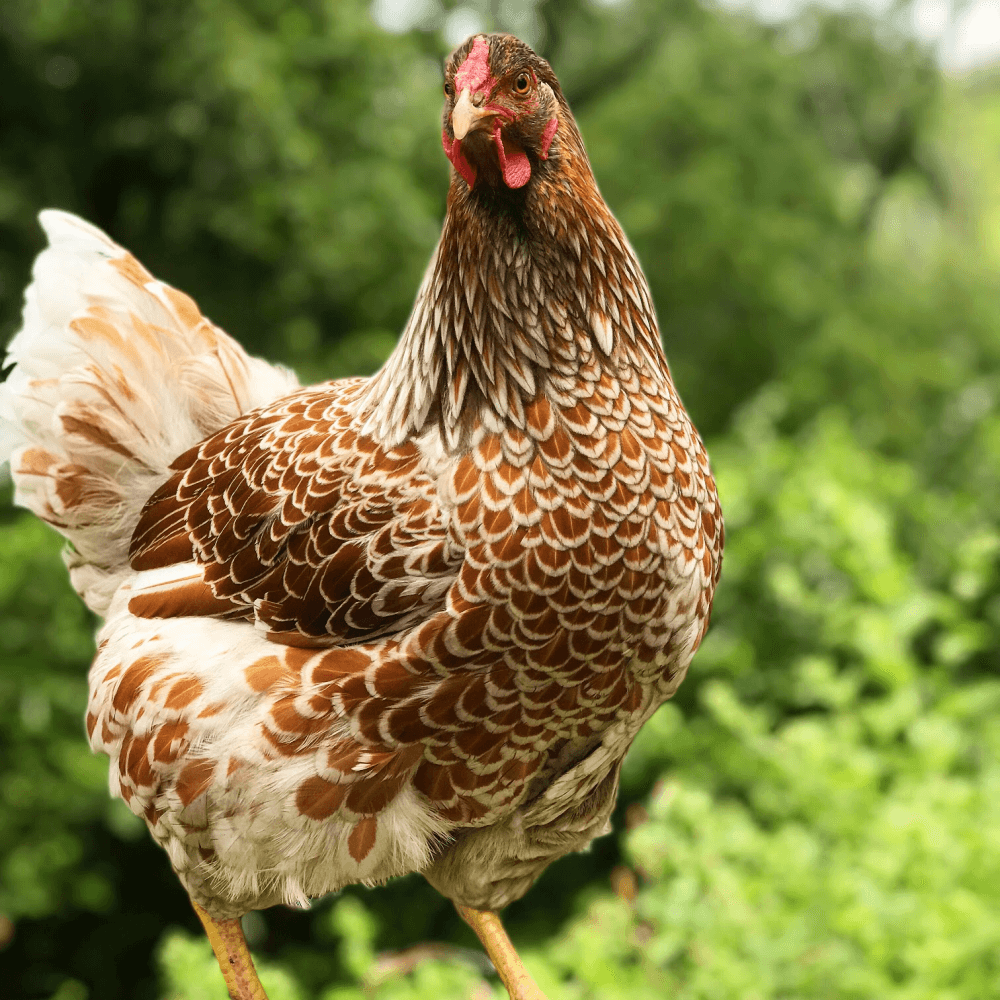 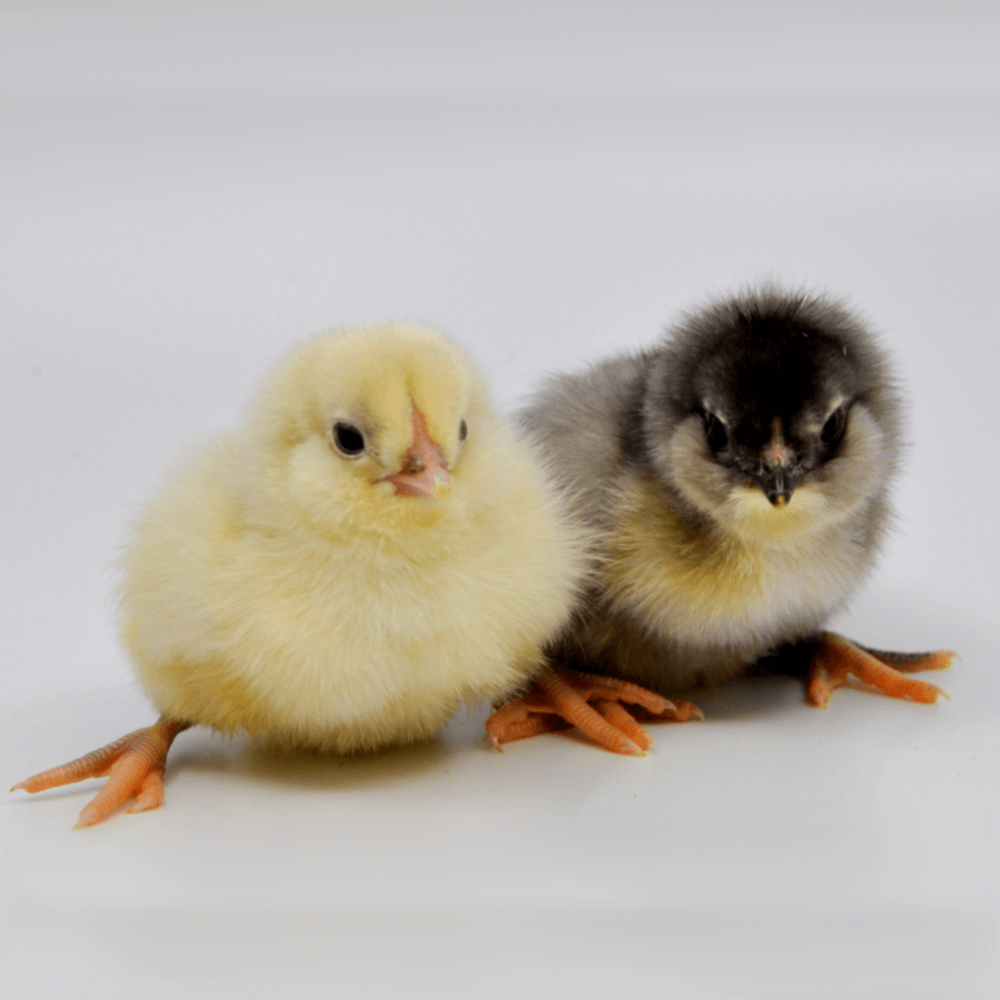 Phenotype refers to the actual feather colors and patterns caused by the genotype. Since the color blue is a dilute color caused by the black and splash combination, there can be a wide variety of blue displayed in the resulting chicks. Blues can range from a faint light coloring to an almost black-blue color. Some of the genetically blue (Bb) chicks can actually look very dark, almost to the point of looking like a black chick. 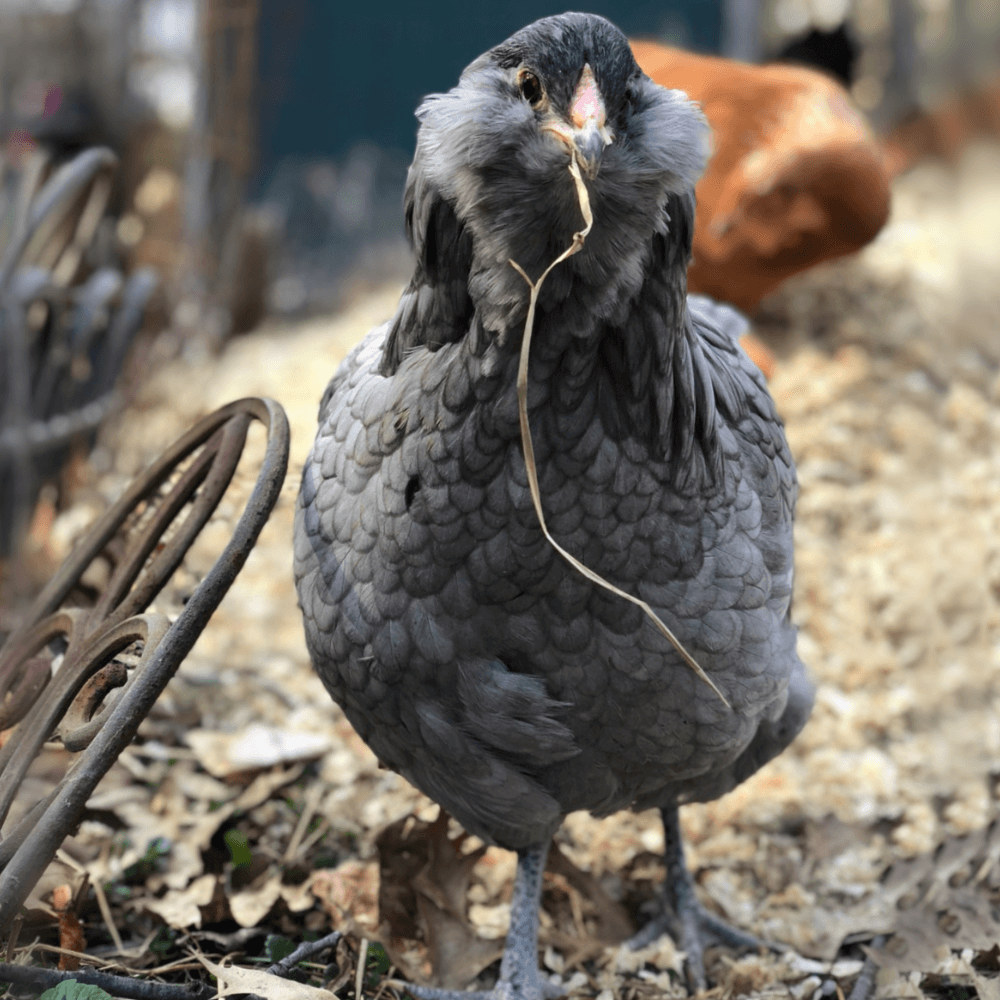 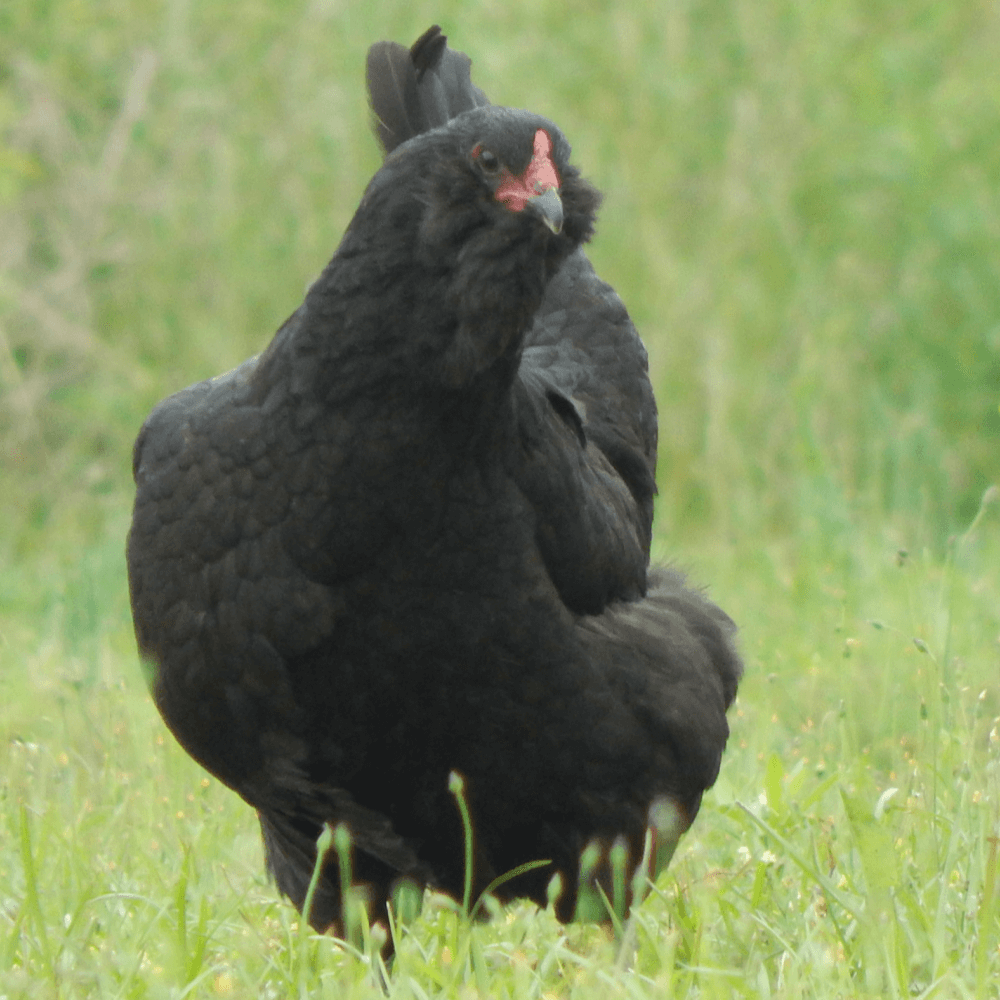 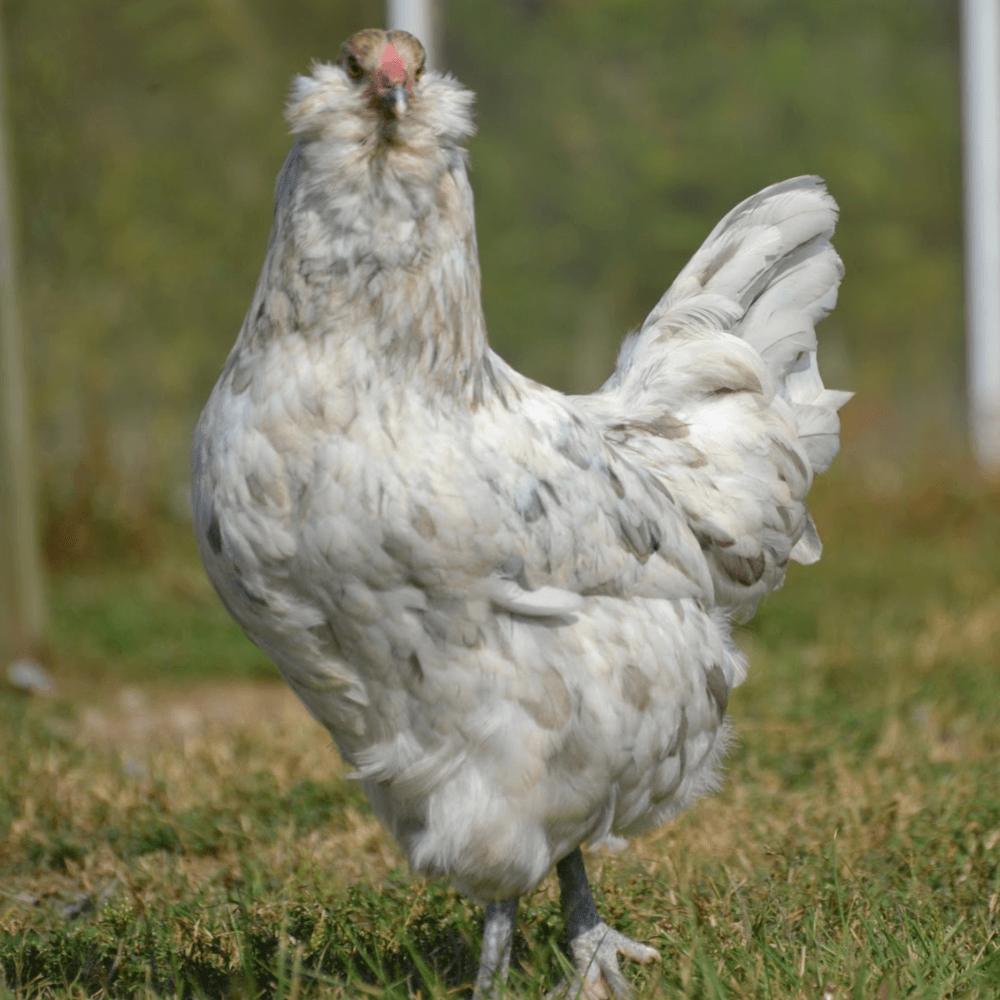 What is Self Blue?

Self Blue is the term used to describe a blue color in poultry that does genetically breed true. Usually, when a breed is genetically self-blue, it will be described as a lavender-colored breed. As an example, consider the Lavender Orpington versus the Blue Orpington, similar-looking birds but genetically the former will breed true while the latter will not. Self Blue parents will produce 100% blue (lavender) chicks without the dominant black and recessive splash color variations. You can almost always assume that if any breed is called just “blue” without the “self blue” designation, it may produce the black and splash offspring in addition to the blue.  Producing a self-blue breed takes many generations of selective breeding to develop the pure genotype and the resulting strong phenotype expected in a self-blue breed. 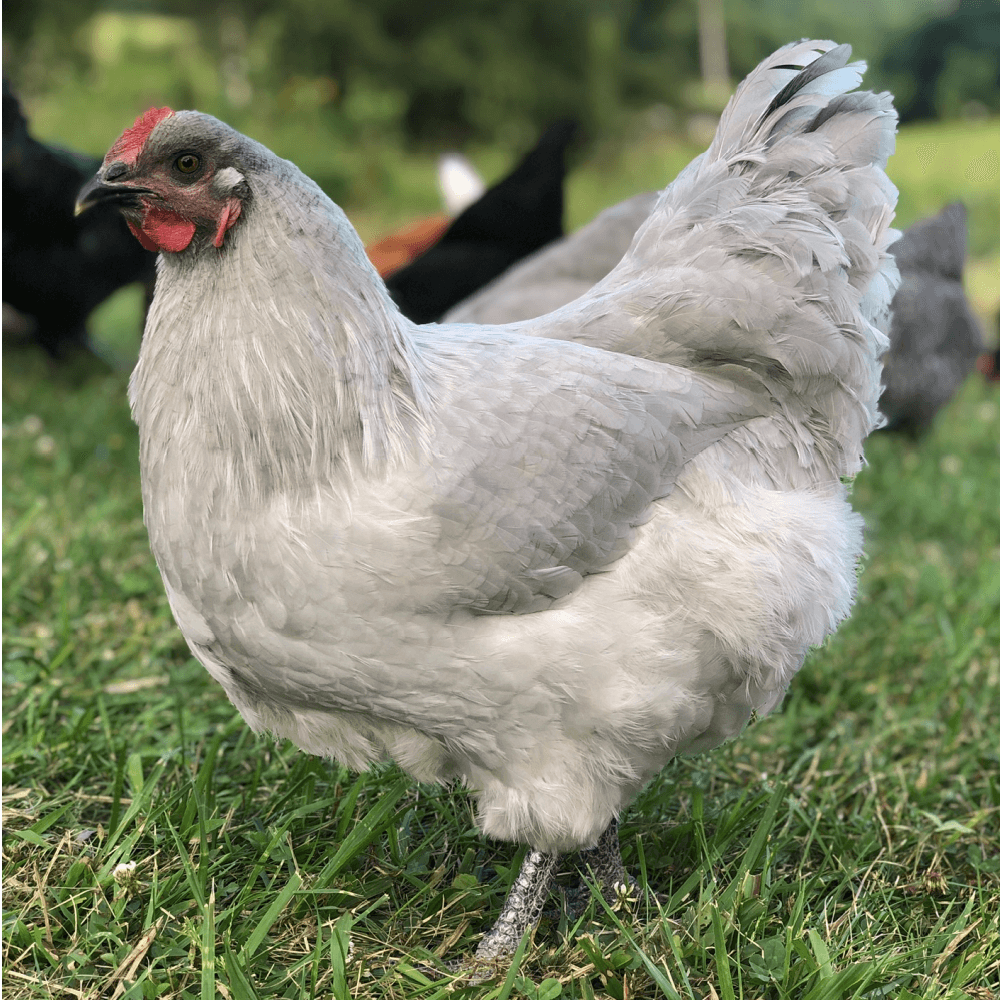 The Sussex chicken breed is a friendly, calm, and dual-purpose breed that is a beautiful choice for any backyard flock. 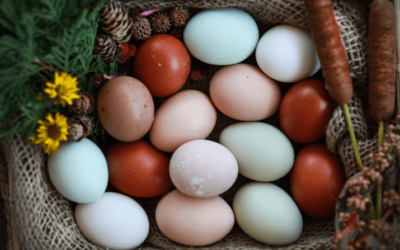 All About Egg Shell Color In Chickens

Did you know that a chicken’s breed determines the egg color? Blue, green, brown, white: read here to learn more on the rainbow of egg color.

All About Spurs In Chickens

Roosters and hens both can have spurs, small nail-like growths on the shank. Read on how and why you may need to trim spurs in chickens.