Keeping chickens is more popular today than ever, and a part of owning chickens is knowing how to keep them healthy. Many backyard flock owners use apple cider vinegar (ACV) to help maintain their chickens’ health. Let’s look into the pros and cons in this popular home remedy.

Apple cider vinegar has long been known to provide many health benefits in humans, but almost no research has been done that supports its use in backyard egg-laying flocks, mostly because research experiments are expensive to conduct. Some research exists that supports the use of ACV in broilers to promote better feed conversion rates so one could argue that what helps a broiler may also help a layer, and thus the use of ACV in backyard laying flocks may have merit.

Regardless of scientific proof, many chicken owners use ACV to bolster their flock. Many owners report a better rate of lay in their laying hens, an increase in water consumption, and better general overall health. In order to provide you a fair and unbiased option, I personally conducted an experiment on my own laying flock of approximately 60 chickens ranging in age from 10 weeks to 3 years of age and of various egg-laying breeds.

For 2 months, I added ACV to my flock’s drinking water at a rate of 1 tablespoon per gallon of drinking water. I added the ACV to only one of the plastic waterers so that in case any of my hens did not like the taste of the ACV, fresh water in another waterer was also available. It’s also interesting to note that at the beginning of this experiment I added the ACV to one of the galvanized metal waterers and it quickly rusted, so if you are going to use ACV, I recommend only using it in a plastic waterer, since the ACV will corrode metal and may leach harmful chemicals into the water. 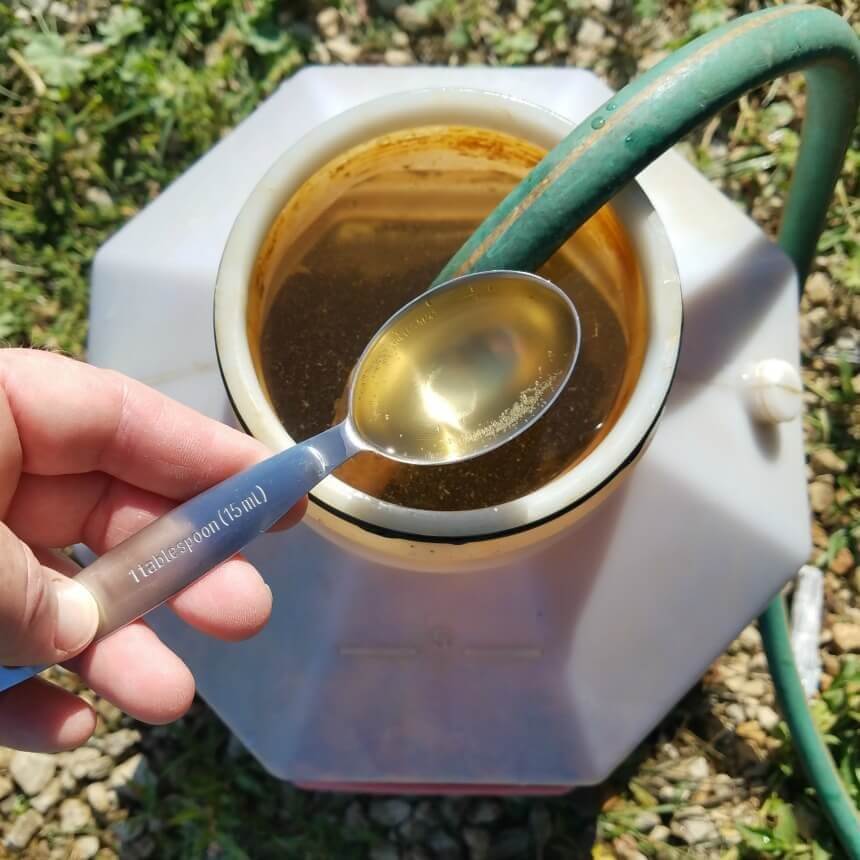 I personally did not experience an increase in the rate of lay in my flock, but I did notice a few other benefits from using the ACV. First, my hens drank more water than they normally did without the ACV. I also like using the ACV in my plastic waterers
to prevent the green algae build up that happens in the summer months. Apple cider vinegar also has been known to work as an antiseptic helping to fight off germs that may lead to respiratory infections. Several flock owners report that the use of ACV may help prevent sour crop, can reduce the amount of commercial feed that their chickens consume, and generally helps support the chickens. While I didn’t experience any “miracle cures” using the ACV, I do not think it hurts and it may help.

Do you use apple cider vinegar in your laying flock? Let us know about your experiences! 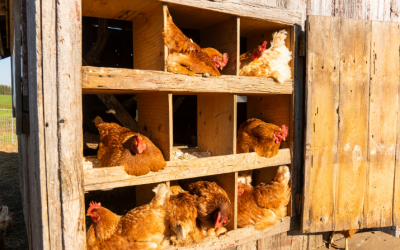 Supplemental lighting in your coop during winter can increase egg production from your hens. Read why it works and what to consider. 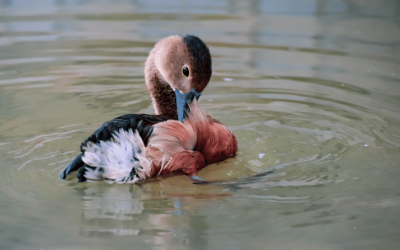 Importance Of Bathing For Waterfowl

Waterfowl such as ducks and geese need access to water for bathing, to keep their feathers healthy, and keep the nasal cavities clear.

Nutritional deficiencies in waterfowl can be prevented and corrected. Learn symptoms and remedies for nutritional issues in ducks and geese.